skip to main | skip to sidebar

As I prayed to God this morning before reading my Bible I asked God to guide my day, and show me how to touch others with your love, and grace! I prayed for God to be with all those who are sick, sad, abandoned, hurt, needy and most of all for those who are lost. Doesn't it break your hearts to know there are people out there even ones we know, who have heard God's Word, but refuses to accept the gift of salvation???
I accepted Jesus Christ as my Saviour about 34 yrs ago. As a young girl I went to Church with my family, loved the Lord, and thought I was saved, but I continued to do things without first praying and asking for God's guidance. I loved my fellow friends, neighbors, and would help them often, but there was a war raging inside me. Feelings of not being worthy of LOVE...the kind of love that endures a lifetime mading many mistakes that furthered my feeling of not being worthy! You ask what was it that made me finally stop, and really search myself? I was in a marriage with a non-believer so being totally honest with my feelings about God where not allowed. Even going to Church wasn't always allowed...get the picture I was a co-dependent.
During the 10 yrs of marriage I was mentally and physically abused. I was so sad then my daugher, April was born. She was a beautiful baby, and the light of my existance!!! Twenty two months later my daugher, Melissa was born. Many of you know about Missy being born with a very rare muscle disease, and for the longest time I believed God was punishing me for all the bad choices I'd made in my life. She was so very sick, and the team of drs who administered care at Children's first thought she had Cystic Fibrosis, but the muscle biopsy done at NIH showed that she had a genetic disease which was actually the loss of Cross Striations in the muscle fibrils. This means all striated muscles of with the heart is too. There was never a prognosis, ( still none even thought she's learned to deal with so many disadvantages.(She loves the Lord too)
At the age of 1 and 1/2 they didn't give us much hope that she would live very long. Only about 50 cases in the whole USA was thought to have something similar! This is when I turned to the Church...prayer at home just wasn't enough...I needed council, and I needed to be with other Christians. I was saved on a Sunday 34 and 1/2 yrs ago kneeling at the alter. It was the most awesome feeling I'd ever had...I felt completely washed...and brand new...Weeks later I was baptised. I'd changed inside and out, but the marriage I was in didn't. I'd hoped if he saw the LIGHT in me he would want it too... He didn't!
Now having been married for almost 27 yrs to my dh I'm still feeling blessed and working on my personal relationship with God. I know I'll be going to Heaven when Jesus comes again Life has been hard of late, business not producing, but we are believing that if it doesn't change then we must do something else. Many have cared enough to help us and for that I'm so very thankful...we've returned that blessing by helping those living near us. God always shows us the way even tho it's in HIS timing not ours~~~ I think the hardest thing for me was to give up control over what I wanted to do! I finally believed it was not my strength that I do anything. "Being confident of this very thing, that he which hath begun a good work in you (me) will perform it until the day of Jesus Christ. Phil 1:6 my favorite scripture!!!
I love all of you how have been so faithful in coming and visiting my blog...this one today is totally from my heart to yours!!! Thanks be to God!!!!
Posted by Unknown at 10:07 AM

Thank you Bevie! I ask Him to help me in all things too. And then I remember to thank Him for His Grace and presence in my life. He has blessed me so!! Like meeting you!! Such a blessing!
Hugs
SueAnn

And what a sweet heart it is!!
I love you my dear sister!!

Thank you for sharing your wonderful testimony... The Lord is good and I love to hear how He has worked in other's lives!

My name is Sharon Ray and I am the assistant editor of Cysticfibrosis.net. I am contacting you today in hopes of developing a relationship with your website; we have seen your site and think your content is great. Cysticfibrosis.net offer a free informational resource to both the general and professional public on this terrible disease.

I hope you show some interest in building relationship, please contact me at sharon.cysticfibrosis.net@gmail.com.

Marcela has created a lovely blog 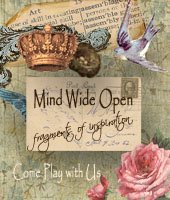 Journaling on the 14th every month! 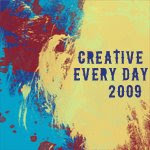